Suppose you're building a spreadsheet in Google Sheets, and you have each row corresponding to- essentially- an entity. Now you're clever, and set up Apps Scripts in order to manage more complex aspects of your worksheet. But how do you pass objects from the spreadsheet context to the script context?

I'll be using this public spreadsheet for this demo.

Suppose I have the following table in my spreadsheet, and I want to add an adoption probability calculator. 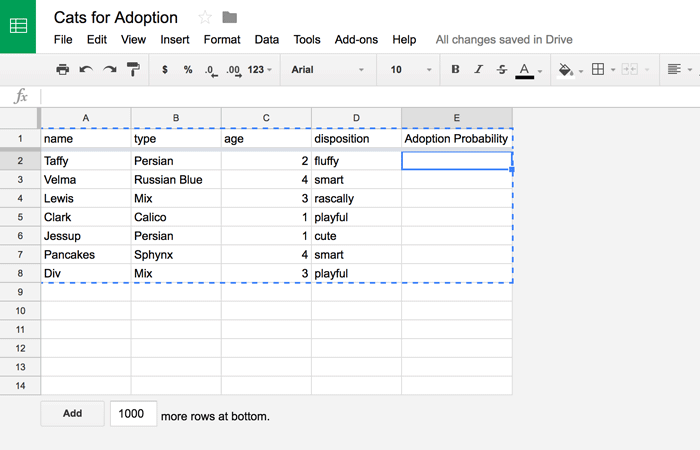 Normally, I could do that in the sheet directly (especially for a simple example like this) but try to imagine something much more complicated. How could I pass structured-ish data, especially if I might add columns in the future?

The answer is to pass key and value ranges. Passing ranges to a custom function takes them in as Ranges. These can be changed into arrays and used to populate an object. We start off by writing a function into the cell we want, like this.

Notice that I've made my "keys" reference absolute, that way when I clone this cell for the rest of the column, my keys stay the same throughout.

Then, I'll open the editor in order to write the that this function executes.

Below is the code we'd write into the editor in order to get the calculator hooked up to the function we just tried to call.

And that's all there is to it! Now the function is hooked up to the spreadsheet and it converts our key/value arrays into a manageable JavaScript object. 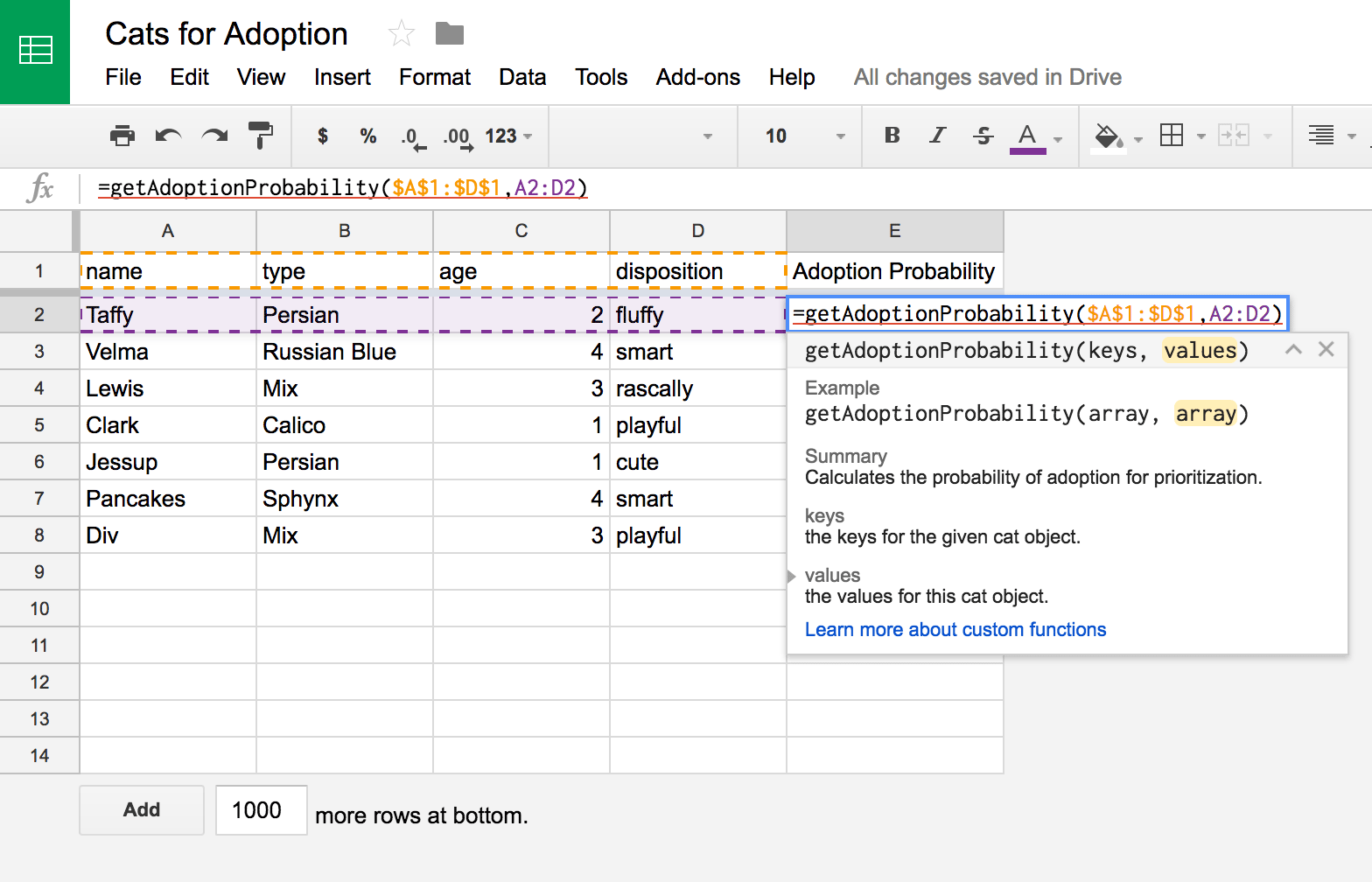 It even looks sharp in Spreadsheets.